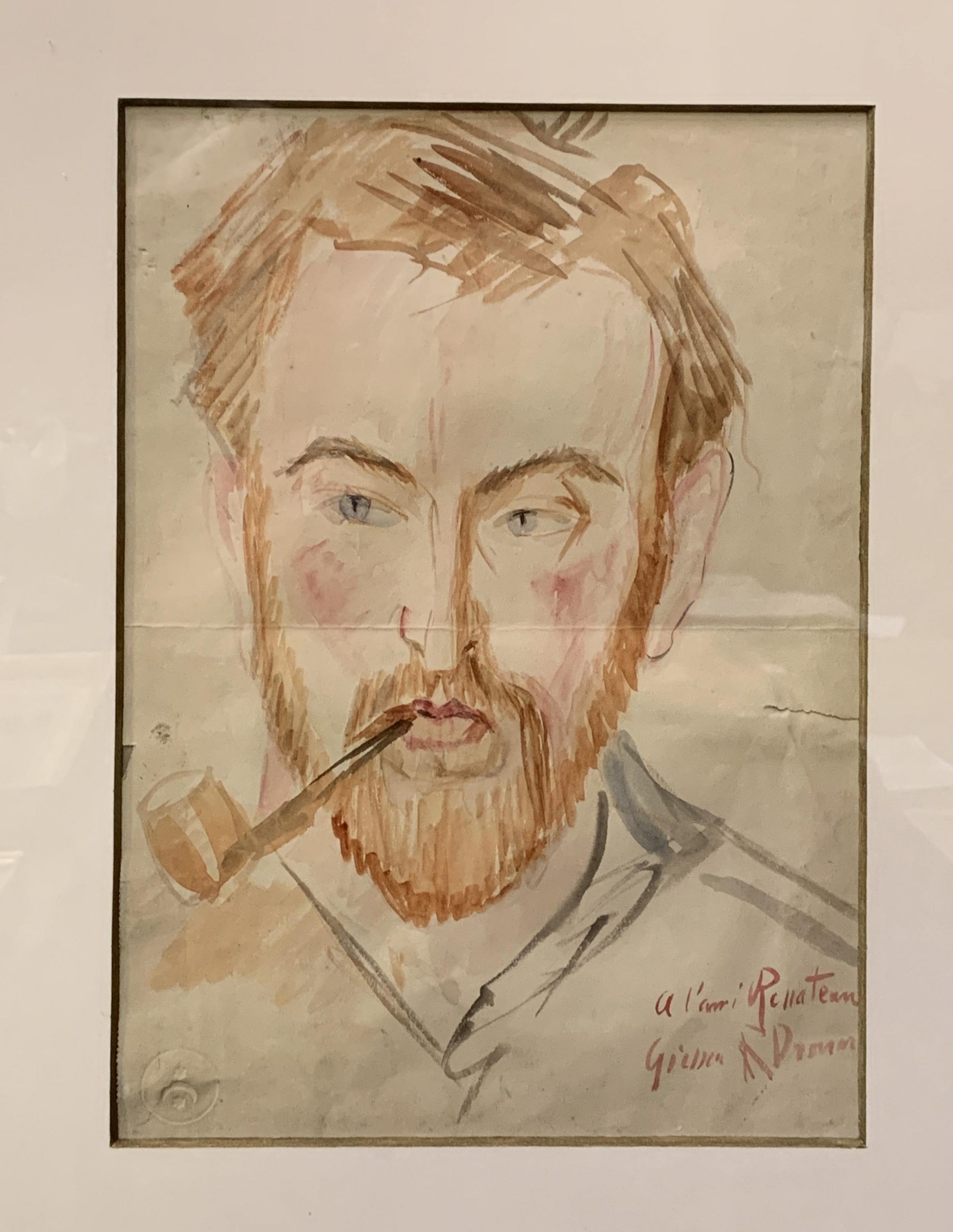 Lieutenant Renateau, an officer in the Canadian Expeditionary Force during the First World War (1914–1918), was taken prisoner near St Julien, near Ypres, on 24 April 1915. From there, he was transferred to the Giessen prisoner of war camp, where fellow prisoner Raphael Drouart took his portrait.

Another portrait of Renateau by Drouart is held in the National Army Museum’s collection along with ‘Giessen under snow’, painted on the  underside of a box lid, which formed part of a food parcel originally sent to Renateau.
Estimate £100-150